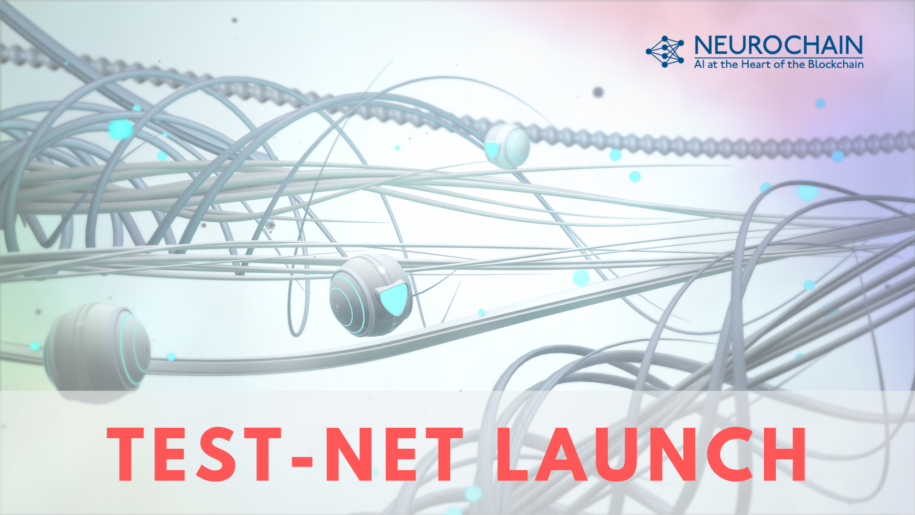 NeuroChain’s successful release of the Test-Net marks the preliminary launch of the first blockchain protocol powered by Machine Learning and Artificial Intelligence. The Test-Net includes the following components:

Test NCC Token
The NeuroChain Clausius (NCC) token is the core exchange mechanism of the NeuroChain blockchain. The NCC token has two primary applications: 1) to ensure a sustainable network by rewarding bots for validating transactions, and 2) to enable the communication between the business applications. The Test-Net functions using a special test token created uniquely for the Test-Net. The Test NCC Token has no value and cannot be exchanged for other currencies. Use of the Test NCC Token is strictly constrained to the Test-Net for experimental purposes. Test NCC Token are distributed via a faucet in small quantities to the testing community. It is important that you do not attempt to transfer actual NCC tokens to Test-Net as your tokens may become unrecoverable.

The Bots and Bootstrap Nodes
The Test-Net includes an initial fifty NeuroChain Bots, or intelligent nodes, and the testing community can connect their Bots, or User Nodes, to the Test-Net. The Bots communicate with each other and validate transactions using the Proof of Involvement and Integrity (PII) consensus protocol. The Test-Net also includes three bootstrap nodes (A, B, C in the animation below) that are used exclusively to launch the Test-Net. Bootstrap nodes act as directories in order to help new bots to reach their neighbors on the network. Each new bot connects to a bootstrap bot and gets a copy of the directory of connected bots on the network. After the Test-Net is launched, bootstrap nodes become non-existent to prevent a single individual from gaining control.

Decentralization and Bot Behavior
NeuroChain is a truly decentralized blockchain. Contrary to other blockchains, the NeuroChain network does not contain master nodes. All bots are equal on the network and provide the same features (communication, transaction, consensus resolution). After a new bot has connected with three other nodes, the bot disconnects from the bootstrap nodes. Additionally, NeuroChain is resilient to bot connection failure as a single bot is not necessary for the system function. If a bot can’t reach a neighbor in his directory, the bot will find a new neighbor on the network.

Energy Efficient Consensus
NeuroChain uses a fraction of the energy needed by other consensus protocols. Competing blockchains require an exponential amount energy to solve their consensus protocols and validate transactions. Bitcoin’s Proof of Work protocol consumes a significant amount of energy, preventing it from scaling and being used for smart business applications. The NeuroChain consensus uses less power than the calculator on a smartphone. Each bot consumes around 10 watts/hours.

Test-Net Speed
NeuroChain’s energy efficiency advantage does not impede upon its performance. In fact, NeuroChain is faster than the other blockchains. The Test-Net validates a block every 15 seconds. Each block contains 100 transactions. The main NeuroNet will be significantly faster than the Test-Net. At the beginning, the NeuroNet will validate a block every 3 seconds approximately, which is 10 times faster than BTC or Ethereum.

The PII Consensus Protocol
The Proof of Involvement and Integrity (PII) consensus protocol is NeuroChain’s key competitive differentiator. While the initial release of the Test-Net will only contain the ‘Involvement’ portion, the ‘Integrity’ portion will be delivered based on the results of this first phase. The PII consensus protocol validates transactions and blocks by selects the bot elected to encrypt the block based on the value created and the quality of the exchange between bots. 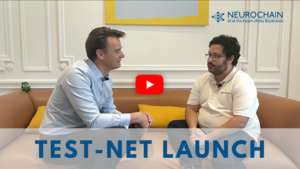 Remember to leave your comments below about your first experience with our Test-Net!